In August, physicians from the School who have stood out in the field of research were elected by the UV’s Medical Students’ Scientific Society as the “Three pillars of our university”. Among the academics elected were three CIESAL members: Dr Marcelo Arancibia, Dr Cristián Papuzinski and Dr Eva Madrid. The students belonging to Scientific Society distributed posters with photographs and brief career reviews of the honoured teachers, who, according to the voters, “are pillars for research in our School”. Francisca Mardones, a Medical student at UV and Deputy Director of the Society’s International Relations Committee – one of whose aims is fostering the development of scientific activity and research among undergraduate medical students – pointed out that, through this initiative, they “seek to make known to other similar societies in Latin America, prominent physicians in the field of research”.

The Latin American Federation of Medical Student Scientific Societies, FELSOCEM, emulated this initiative at a regional level and each member country acknowledged its most outstanding researchers. 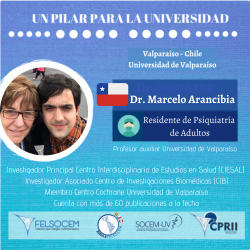 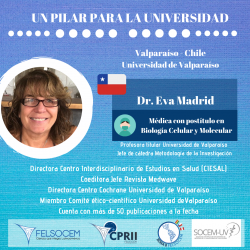 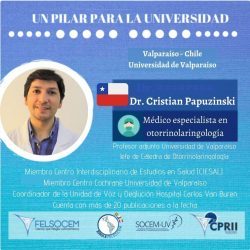