Medical students at the Universidad de Valparaíso participated as volunteers in a study on Attention Deficit Disorder –ADD–, which was recently published in the Medical Journal of Chile. ADD is a persistent pattern of inattention, hyperactivity-impulsivity, or both, which interferes with the functioning and vital development of those who suffer from it.

336 UV Medical students participated as a sample group in this study led by CIESAL researcher Marcelo Arancibia. Of these, 63% were diagnosed with probable ADD. 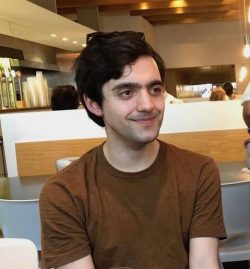 Two tools were used in the analysis. The first was an adult attention deficit and hyperactivity disorder symptom scale to identify students likely to have ADD. The second was the Salamanca questionnaire, which is a screening test which classifies personality disorders into three large groups: type A personality (subjects with paranoid, schizoid and schizotypal traits), type B personality (people with histrionic, antisocial, narcissistic and emotional instability of the impulsive and borderline type) and type C personality (perfectionist, dependent and anxious personalities).

This work emphasises the importance of diagnosis and approach to ADD, especially in a university setting, where the quality of life, mental health and academic performance of the students are at stake.