Among the topics referred to by Dr Stojanova during the online activity were the challenges involved in conducting randomised clinical trials to evaluate drug monitoring. Her talk summarised the biases present in all the primary studies included in three systematic reviews conducted by Cochrane on the subject. 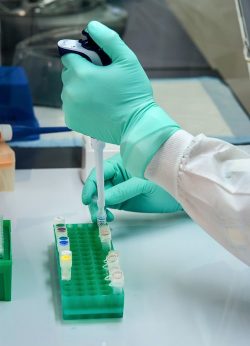 The aim of pharmacological monitoring is to apply analytical chemistry and pharmacometric techniques, the latter being a branch of pharmacology that analyses the relationship between the prescribed dose of a drug and the response it elicits in a patient’s body. Its application allows adjusting the dose of those drugs which exhibit a wide variability between people. These techniques are particularly important when analysing drugs that show a narrow margin of therapeutic efficacy in populations whose pharmacokinetic indexes (processes to which a drug is subjected while passing through an organism) are likely to be altered as, for example, with critical patients.

Jana ended her presentation by discussing alternative research designs, such as before-after-control designs and interrupted time series (ITS), and citing a recent example by Sophie Stocker, another of the speakers.

The conference, entitled “Working together in difficult times; talking together on the limits of therapeutic monitoring”, was held in Beijing on 26th September 2020.

Jana holds a Bachelor’s degree in Pharmacy from the University of Sydney in Australia and a PhD in Biology-Health Pharmacology from the Université de Limoges, France, awarded in 2013. She is an associate professor in the Department of Preclinical Sciences at Universidad de Valparaíso‘s School of Medicine and the Learning and Support Officer at the Cochrane Collaboration, UK. Her primary field of ​​research are therapeutic drug level monitoring and interchangeability.